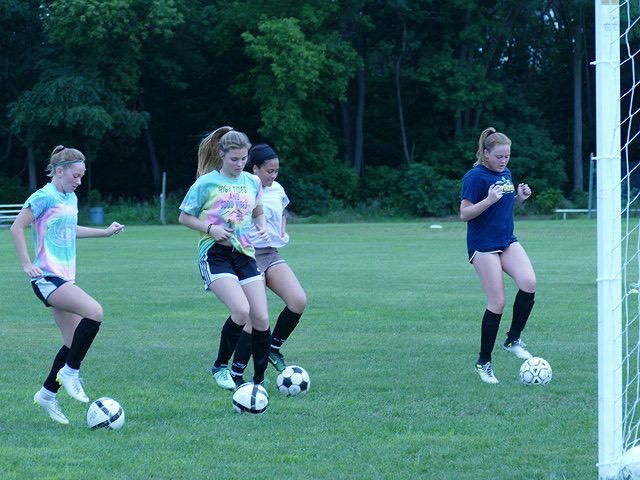 The Crown Point Central School Board of Education believes that athletics is an integral part of the school’s program of education as it seeks to provide experiences that will help boys and girls to grow physically, mentally and emotionally. Emphasis is placed on educating youngsters through athletics, as well as teaching athletic skills.

Participation in athletics is beneficial in terms of better health, physical fitness, and improved motor skills and is also important in other intangible areas as well. The desire to succeed and to excel should be instilled in students as well as helping to develop better self-discipline and emotional maturity. Respect for authority, respect for the rights of others and their property and developing high ideals of fairness in people-to-people relationships are definite desirable learning outcomes in athletics.

Winning, involving the spirit of competition, is an immediate objective in all athletic contests, but is not an end in itself. The desire to win can and should be used to stimulate the achievement of ultimate objectives.

Here at Crown Point, one of our main objectives is to instill in our student-athletes that success is achieved through hard work, sacrifice, responsibility, loyalty, preparedness, and dedication. We believe that acquiring these traits will benefit the student-athletes throughout their lives

The Crown Point Central School Board of Education feels that modified sports are an important part of our athletic program.

The modified program is to encourage student participation, (in which every student will participate in practices and games), teach skills, build life long lessons and keep academics and athletics in balance, and have fun.

The following Code of Ethics for all sports will be in effect from time of arrival at the game site, during the game, during departure, as well as any other instance which coaches or school personnel feel should be brought forth. The Code of Ethics pertains to players, coaches, officials and fans.

Crown Point Central School is a school in Essex County, New York that serves grades Pre-K to Grade 12. The Superintendent is Ms. Shari Brannock, and the Principal is Ms. Tara Celotti.